Man Booker Prize - I stick my neck out.

OK, earlier I wrote a post about our Booker Book Challenge and also to encourage you to vote for the book you thought would win the Booker Prize tonight. (vote NOW=>).
I was undecided about who I was going to plump for earlier, but I've had some time to think and I reckon I have decided who I'd like to win now.

But what about the others..... 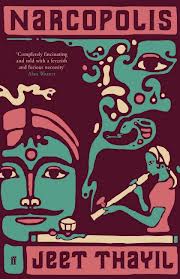 Set in the drug riddled underbelly of Bombay in the 1970s, this is an atmospheric read and captures the smells and tastes of the city. But where Jeet Thayl excels is in the dream like drug fuelled undertone of the whole book. It's a dangerous, bleak and desperate read . Not all the characters in the book captured my imagination, although some, especially the tragic Dimple and truly horrible Rumi were spot on.
Although I found the descriptions of the various drug trips a little monotonous at times, this lively descriptive novel is full of great imagination. 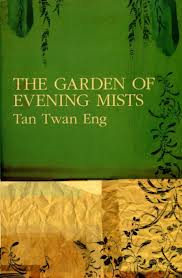 This is, ultimately a story about the relationship between Yun Ling, the only survivor of a Japanese POW camp  and gardener Nakamura Aritomo, the Japanese gardener who she employs to build a garden in memory of her sister who died in the camp.
It took me a little while to get into the story, but once there, it was wonderful. The writing is poetic, the imagery and the sense of place is spot on, and the story of the relationship and redemption is memorable.
There were a couple of things that slightly spoiled my enjoyment. Firstly, I got confused about the timeline of the book. It chopped and changed a bit too much for me to fully relax into the story and the author italicises the Japanese words throughout the book. I didn't know whether to google them or to just carry on reading and not worry if I didn't work out what they meant.
But overall, these are small complaints and I really did rate this book highly.

The Lighthouse by Alison Moore

This is the story of Futh, a hugely unremarkable man in his 40s, recently separated from his wife and embarking on a walking holiday in Germany, revisiting a holiday of his childhood.
His circular tour begins and ends in a hotel in the town of Hellhaus. This hotel is run by Ester and her husband and it is ester who is the stories secondary character. She is trapped in a loveless marriage and consoles herself by having sexual encounters with the hotel guests.
The Lighthouse of the title, is a perfume bottle (shaped like a lighthouse) that Futh carries with him at all times. This is the only thing he has to remind him of his mother, who abandoned his family when he was twelve.
As Futh sets of on his holiday we can only watch as this shambolic, socially awkward and tragic character's situation becomes more and more desperate.
There are hints of Magnus Mills in her writing and although towards the end of the book, I could see what was ultimately going to happen, it didn't make it any less harrowing.
Alison Moore has written a wonderful novel, which I adored.

Umbrella by Will Self 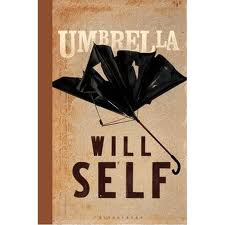 Bloody hell. Will Self. I love some of his books. Cock and Bull is fabulous, truly fabulous. But sometimes I wonder whether he makes it difficult for the reader on purpose. This is 400 pages of 'stream of consciousness' narrative, as far as I can tell. I haven't finished it yet, so I cannot give it a full review. The first 20 pages were almost enough to put me off completely, but I gave it a second chance and I am now (after 130 pages) beginning to 'Get it'.
But the argument remains. Books are meant to be read. Yes, they can be challenging (I encourage challenging), and I like a bit of stream of consciousness writing. My love for Mark Leyner, a master of this type of writing, is well documented. But they need to be accessible.
I withhold judgement until I've finished the book.

Bring up the Bodies by Hilary Mantel (I haven't read).
Again, I am mental for Mantel. Fludd and Wolf Hall are two staggeringly brilliant books and I have no doubt I will devour Bring Up the Bodies. A review will be forthcoming.

So I have to stick my neck out and say who I think will win.
It depends what the judges are looking for.
I'll tell you what would be good for the book industry. Even if Mantel doesn't win, hundreds of thousands of people will read Bring Up the Bones. If Will Self wins with this book, I suspect he'll sell loads, but many people will not read it or finish it.
The most accessible AND LITERARY book on the list is The Lighthouse by Alison Moore. If this wins, it will raise the profile massively of the book, it will sell a hundred thousand at least and most of those bought will be read and enjoyed. I'd like to think this is what books are all about.
The Booker Prize judges should think about this when making the decision.
Or maybe they shouldn't. Hey , I don't know, maybe Hilary Mantel should win.
No. I think Alison Moore.
That's it. (I did enjoy Swimming Home too)


No Alison Moore it is.