OK then. We've been raising money and collecting books to donate to the "Jungle Library" in the Calais refugee camp.

It's been pretty epic...

So far, we've raised over £2,500 and we have a ton load of books kindly donated by people from all over the country. We're still getting around twenty parcels a day with books to take to Calais. 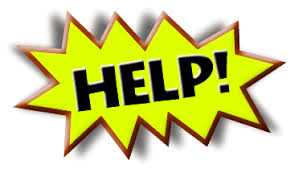 PAY WHAT YOU LIKE ON ALL OUR SECOND HAND BOOKS

you can choose up to 6 books and pay as little as 1p for each (YOU MONSTER). You could pay a tenner for each too, but that's up to you.We have well over 3,000 secondhand books here all looking to go to good homes.We're hoping for sunny few days so that we can get the tables and boxes outside.
3. I'm going to Calais on Monday 21st September to deliver the books we have and also to meet Mary and to give her some dosh. We've persuaded the lovely people at ZIPCAR to let us have a van, and we've (I think) persuaded the BBC to let us borrow a camera, so we can film our journey.
Neither Tim or I drive, but the lovely Mark White, aka MarkyMarket is very kindly giving up his time and is going to help me get the books to Calais.

This is all very exciting and I can't wait to meet Mary. Our aim is for this not to be a one-off thing. We'd like to keep our link with the library in Calais and continue to work with  Mary to ensure that at the very least, there is always a well stocked library at the camp. 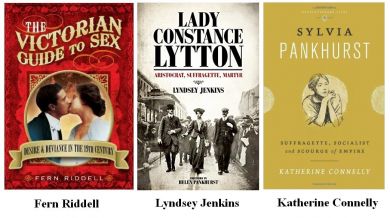 We're delighted to be able to put on a fantastic panel event at the shop to coincide with the release of the new film "SUFFRAGETTE", starring Helena Bonham-Carter, Meryl Streep and Carey Mulligan.
We have three amazing authors here, who will be discussing the suffragette movement and the importance it played.
The authors are;
Lyndsey Jenkins
Lyndsey's book, 'Lady Constance Lytton: Aristocrat, Suffragette, Martyr' is a fascinating look at the life of one the more unlikely suffragettes. Daughter of a Viceroy of India and a lady in waiting to the Queen. She grew up in the family home of Knebworth and in embassies around the world…
Katherine Connelly
Author of 'Sylvia Pankhurst: Suffragette, Socailist and Scourge of the Empire'. In this vivid biography Katherine Connelly examines Pankhurst’s role at the forefront of significant developments in the history of radical politics…
Fern Riddell
Fern is the author of 'The Victorian Guide to Sex', An exciting factual romp through sexual desire, practises and deviance in the Victorian era. The Victorian Guide to Sex will reveal advice and ideas on sexuality from the Victorian period. Drawing on both satirical and real life events from the period, it explores every facet of sexuality that the Victorians encountered.
There will be a discussion and also a Q+A, followed by a book signing.
Refreshements will be available.
Tickets for this are just £3, redeemable on any book on the night.
Posted by Simon Key at 10:50 No comments: Links to this post 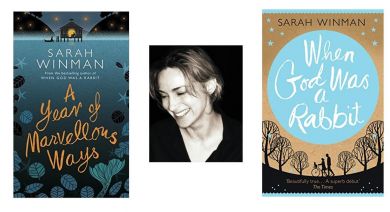 We’ve been trying for some considerable time to sort this out and now finally, we are delighted that Sarah Winman will be joining us at the shop.
Sarah’s first book, ‘When God Was a Rabbit’ published in 2011 is a brilliant story looking primarily at the intense relationship between Elly and her older brother Joe. It’s a dark , funny and very moving novel, which I suggest you purchase right now…Oh, but before you do, you ought to know that Sarah’s new novel, ‘A Year of Marvellous Ways’ has just come out. Another triumph, this is a beautifully constructed novel telling the unlikely friendship of 90 year old and a young soldier Freddy Drake.
Sarah will be here to read and discuss her novels and to answer any questions you may have. Here books will be available on the night to buy and Sarah will be happy to sign copies for you.
Tickets are just £3, redeemable on either book purchased at the shop.
Posted by Simon Key at 10:49 No comments: Links to this post

Short introduction;
We're raising money to get books for a makeshift library in the Calais refugee camp (known as The Jungle), set up by teacher Mary Jones. Read about it HERE.

OK, are you all up to speed now? Excellent.

Today, I had the pleasure of speaking to Mary (who's been so busy in the last week, that she only found out about what we were doing this morning!) on the telephone.


She was absolutely rushed off her feet, and during the fifteen minute conversation we had, it was apparent that her role in the camp was so much more than 'simply' looking after the Library. She'd just received a delivery of donated shoes and was sorting out who in the camp needed them (it seemed that a large number of the donations the camp received, books or otherwise, were delivered to her).

She wanted to say how incredibly grateful she was for the response for her "more books for the library" plea.
She has been overwhelmed.

Now, here is the bit I need you to read.

If you've already sent them to us, or if they are in the post already, that is brilliant. THANK YOU.
But if you were planning on dropping off any more books for us to get to the library, please hold off.

At the moment, the stuff we have and the books we are going to order especially for those people at the camp are more than enough.

However, Mary did say...


PLEASE SEND MORE DONATIONS (IF YOU CAN).

These donations will  go towards restocking the shelves at the library, as the books that we donate will be given to those people in the camp (we're not expecting the books to be returned to the library). This is a longer term plan than but we want to try and sustain the library for as long as possible.

It looks like we'll be delivering the books to Calais ourselves, and we'll also be putting a video together of the trip there.


We've (nearly) managed to persuade a company to let us have a free van for a couple of days, and it also looks like we'll be able to borrow a camera from the Broadcasting Company whose license fee is worth every penny.

Anyway, more of that next time.
Thanks for your continued support for this.

Posted by Simon Key at 20:35 No comments: Links to this post 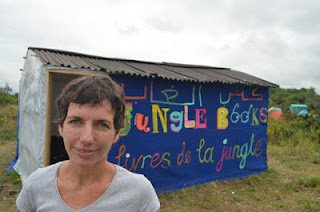