DON'T MISS THIS ONE! 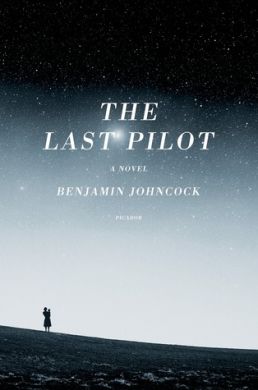 Benjamin Johncock brings the space race to life in his stunning novel The Last Pilot, published in July by Myriad.

...and he's going to be HERE at the Big Green Bookshop!!

The story begins in the bone-dry Mojave Desert in the late 1940s, where US Air Force test pilots are racing to break the sound barrier. Among this select band is ace pilot Jim Harrison.

Over a decade later, the space race is well and truly underway and Harrison is among an elite team offered a place in history as the world's first astronauts. But when his young family is thrown into crisis, Jim is faced with a decision that will affect the course of the rest of his life - whether to accept his ticket to the moon and at what cost.

The Last Pilot has been described by Joanne Harris as ‘by far the best debut novel I’ve read in years’. Having been lucky enough to read the book myself, I was totally caught up in the extraordinary human story that unfolds as two nations battle against each other in their quest to get to space.

We'll be at the bookshop chatting to Benjamin about this fabulous book, where there'll be a reading or two, a chance to ask questions and the you'll be able to get a signed copy of the book which will be available to buy on the night.

Benjamin is only in London for a whistle stop tour and I couldn't be happier he's coming to the shop for this event. THE BOOK IS FABULOUS!


It's a FREE event and refreshments will be served, so please do come along. It'll be a cracking night.
Posted by Simon Key at 13:07