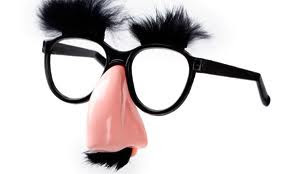 No, this isn't the name of a semi professional pub band from Macclesfield, this is a story which is sending shockwaves through the myopic world of publishing.
Last night, at his book launch, Jonathan Franzen, the hugely talented and critically acclaimed author of Freedom had his glasses stolen from off his face. The thieves left a ransom note demanding $100,000 and a hotmail address and fled.
Twitter broke the news and as I sat at home drinking a rather acceptable Kronenburg 1664 I thought a number of things.
and then after i'd thought about all those things, I thought, well if it's any one of these things I could have a bit of fun here.

So I asked my girlfriend if I could photograph her glasses and I added this listing on ebay. It was magnificently amateurish (and childish) and I thought it might get a few laughs. So I tweeted 'Jonathan Franzen's stolen glasses found on ebay' and added a link to the listing.

I'm delighted to say that some people took it seriously and soon this news about Mr Franzen's glasses travelled through the world wide web and caused a few twitchy journalists to actually make this part of the news story. There have yet to be any bids...