As well as all the events listed here, there'll also be lots of FREE book related craft activities for kids to enjoy at the school, so please come along and help ensure that we can do this again next year!

For more information about the Festival, please visit woodgreenlitfest.org.uk

All children's events will be taking place in . Avenue N22 6LH (3 minutes walk from the Bookshop)

3.00pm - How to Wash a Woolly Mammoth with Michelle Robinson and Kate Hindley - FREE

Sally Nicholls is the multi-award-winning author of novels including the bestselling Ways to Live Forever and All Fall Down.
In her new book, Close Your Pretty Eyes, Sally has weaved a story around real-life Victorian mass-murderess Amelia Dyer. The book isn’t published yet, and the Festival will be the first opportunity you’ll have to get your hands on copies!
———————————————————————————————–

Demons, trolls, vomiting bats, werewolves, elves, hybrid monsters. This has it all! Meet three of our most magical kids authors for an hour of out of this world fun. Sam, Steve and Conrad will be taking you through their fictional worlds, chatting about fantastical fiction and offering great advice to anyone interested in writing. 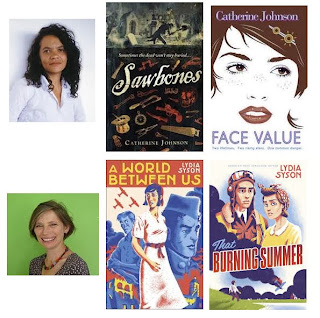 Together, and maybe with your help, Catherine and will be talking about how they’ve used as a location in their novels and the importance of building a realistic sense of place for their readers. There’ll be fascinating insights into how they researched for their books and no doubt a few surprises on the way.
—————————————————————————————————————– 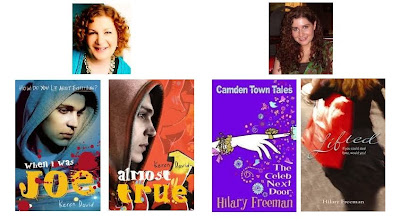 There’s a big debate about the way some modern Young Adult fiction tackles gritty realistic subjects, and a number of people have questioned whether teenagers should be exposed to it like this. Recently, American Library censors were targeting this genre and removing titles from their shelves.
Thankfully, there are authors like Keren David and Hilary Freeman, who despite this, continue to write realistic, thought provoking books, which don’t shy away from tough subjects.
——————————————————————————————————————-

We want you to write a story, no longer than 200 words, with the title

The best stories will reach the final where you'll have a chance to read out your story LIVE in front of an expectant audience and our 3 ace judges.
All finalists will receive a £5 Big Green Bookshop Voucher, but there are three incredible prizes for the winners.
The winners can choose from these three amazing prizes;

- Having a character in Sophia Bennett's new book named after them!
- CJ Daugherty will write the winner into her next novel!
- You and 3 friends can enjoy a slap up meal with Holly Smale!

All entries MUST be in by midnight on Wednesday 9th of October.

Please email your entries to woodgreenlitfest@gmail.com, with your name, age and the best way to contact you.
The competition is open to EVERYONE.

the leaflets, posters and BIG posters for the Wood Green Literary Festival have now arrived.

Now, I wonder if we could ask you a favour...

We need these delivered to all parts of London (it's not just about Wood Green).

We also need the posters put up in as many windows as possible.

The more people who know about this festival, the more likely it'll be a success. Which will mean we might be able to do it again next year.

If you're able to put some leaflets through some doors on your street or if you can put up a poster in your window, please come in and Tim, Carmel, Katie or Simon will be happy to give you what you need.
I imagine that you can click on the image above, and print it off, if you felt the need to do so.

I bought a matress that you could only use once. I should have known I couldn't rely on it.
Unlike that dreadful matress pun we do rely on you to help us out. We won't be able to so this without your help, so..er.. thanks in advance.

Get in touch by phone ; 020 8881 6767
or email at Enquiries@biggreenbookshop.com
or by twitter @biggreenbooks

Rumour has it they're going to be changing the rules of the Man Booker Prize.

It says so on the BBC News website, so it must be true...

Men should be allowed to enter the Bailey's (Orange) Prize

The Costa Book Prize should also allow writers from all over the world to be eligible.

The Forward Prize for poetry should now allow all genres to enter, not just poetry.

Oh, and They should allow other teams, as well as Australia and England to contest the Ashes, teams outside Europe should be allowed to play in the European Cup, I'd like to run for presidency of America please.

Those are the rules!
They've been the rules since the prize started, so why change them now. There's no point. Oh yes, there is a point. Some advertisers, sponsors and a handful of already rich people in the book industry will get a little bit richer.

Hey, I know. Let's get rid of the judges next and decide by public vote. Even better, let's not worry about the books and get them to dance or sing for our votes.

The Booker Prize is (for all its faults) the most important Literary Prize in the UK. I worry that if the decision was made to change the entry criteria, it would dilute what the Booker Prize means.

LEAVE IT ALONE, please.
Posted by Simon Key at 15:06 No comments:

We like Neil Gaiman here at the Big Green Bookshop. He's a real delight.

And it also seems he's fondish of The Big Green Bookshop, because on his latest visit to the UK, he very kindly signed a load of stuff for us.
LOOK!
All the books you see are signed by Mr. G.
Yes, and he's even signed some tote bags.

These are very precious and lovely things, aren't they? I expect some of you would like to get your book loving hands on them. Well here's your chance.

We've got this Literary Festival coming up next month. It's important to us that lots of people come along, not only because we've invested a massive amount of time and energy into it but also because we think that there are some brilliant events that lovers of books and literature will really appreciate.

So here's the thing. Everyone who buys a ticket to ANY of the events at the Festival will be entered into a draw to win the books (all signed by Neil), badges and the tote bag in this picture.
The winner will be notified on Monday October 14th.

Here's a link to the Official Festival website
If you can't make the Festival, but still want to be in with a chance of winning all this shizzle you can buy a ticket HERE for just £2. Half of the money we make for the sale of these tickets will go to The Haringey Foodbank Project which helps provide food parcels from local people living on the breadline.

I guess, if you really wanted to, you could simply buy signed copies of his books.
They're listed HERE.
Posted by Simon Key at 14:38 1 comment: 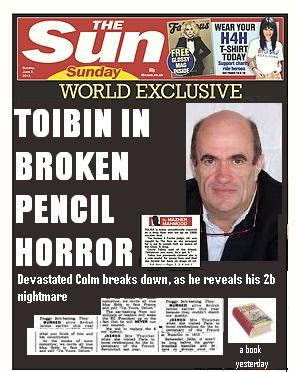 Today seems like an appropriate day to reveal our next author's choice of books.
However he isn't just an author, he is one half of the majestic Carter The Unstoppable Sex Machine and solo musician, Jim Bob.

The reason today is appropriate, is that Jim's just announced news of his first solo album for over four years. "What I think About, When I Think About You" will be available to download soon.
He's also announced a one off shop in November at London's Bush Hall (tickets available Friday).

You will, of course be able to see him at The Wood Green Literary Festival before this  on October 13th talking (he may also bring his guitar...) with music journalist and writer Howard Male . (tickets available NOW at just £3).

So what six books would Jim Bob take into space? 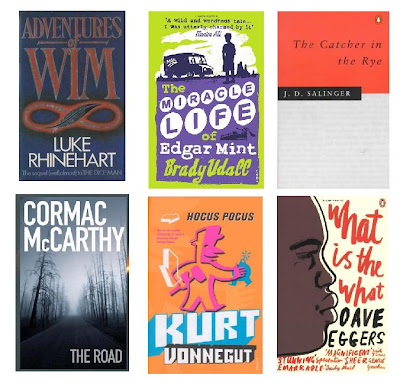